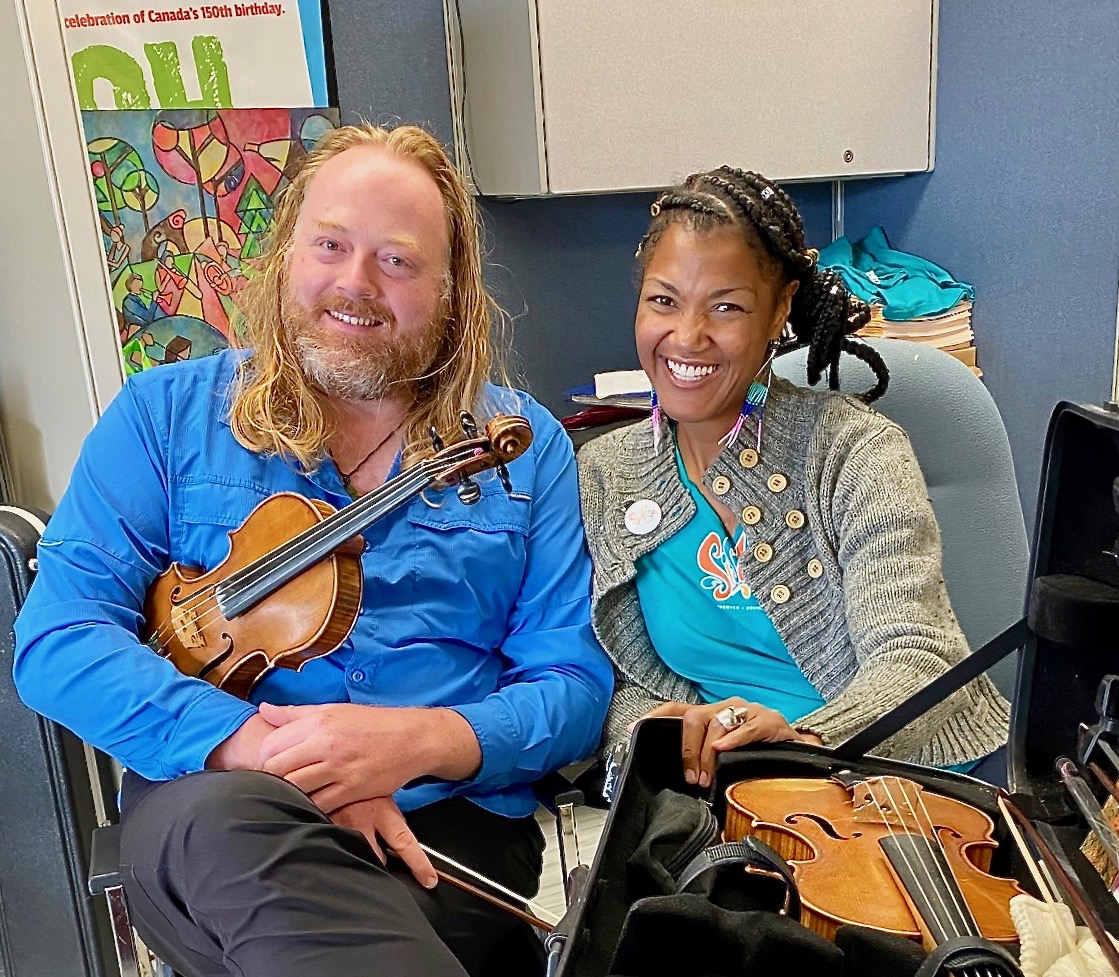 New Brunswick opera singer Measha Brueggergosman is confident the arts and culture community will rise out of the COVID-19 pandemic, proving that there is a direct link between the arts and mental health.

"Every time you go to a concert, you leave better. You go to an art gallery and you get inspired. You read a poem and you learn something," Brueggergosman said in an interview Wednesday. "But still we treat the arts like it’s some kind of fat that can be trimmed the minute something has to go. I know that I change people's lives and with the gift that has been entrusted to me. It is my responsibility to serve people and leave them better than I found them."

The rules against large gatherings during the pandemic closed theatres, concert halls and stadiums, resulting in most professional musicians staying home and performing shows online, if at all. Brueggergosman, who was born in Fredericton and rose to become an internationally renowned soprano, was recovering from a heart attack last June and was just getting her career re-started when the pandemic struck. She says that wasn't too bad, because she got to spend time at her home in Nova Scotia's Annapolis Valley with her two sons.

Brueggergosman was in Moncton to visit the young students of the Sistema program, which provides music education to more than 1,200 school children in nine locations around the province. She told the students about growing up in Fredericton and passing through Moncton regularly for singing lessons at Mount Allison University in Sackville.

Ken MacLeod, president and CEO of the New Brunswick Youth Orchestra, said the Sistema program never missed a beat during the pandemic. When schools were closed, it continued to provide more than 3,000 hours of online instruction. Now they are rehearsing in person at the former Champlain School on Mill Road, all the children have their temperatures checked at the door with a thermometer and have their hands sprayed with disinfectant. Their chairs are spread apart to abide by social distancing rules, and all wear masks unless playing their instrument.

Brueggergosman was accompanied by Edwin Huizinga, a classically trained violinist from Ontario. They sat in on several classes Wednesday, listening to the students play and then joining in. Huizinga brought two violins with him, switching from classical music to old-time fiddling as the children clapped their hands to an increasing tempo.

Huizinga said he has worked with Sistema children in several countries and was happy to visit the Moncton classes. Brueggergosman said the children represent the future of music.

The pair have been collaborating on a new piece of music written especially for Brueggergosman. Huizinga said he was commissioned by Opera Atelier of Toronto. It will debut Oct. 28 as part of a show at Koerner Hall in Toronto, live-streamed on the opera's website.

Huizinga said the new piece is an English translation of the poem Annunciation to Mary by the German poet Rainer Maria Rilke, written for soprano and a small ensemble (three violins, viola, cello, bass, organ and lute), the Tafelmusik Baroque Orchestra of Toronto.

"There's no greater gift than working with the artist that you are writing for," Huizinga said.

They started working on the project together in California a few months ago and continued at Brueggergosman's home in Nova Scotia.

Sistema NB Teaching Artists "...some of the most thoughtful, talented, and hardworking people..."