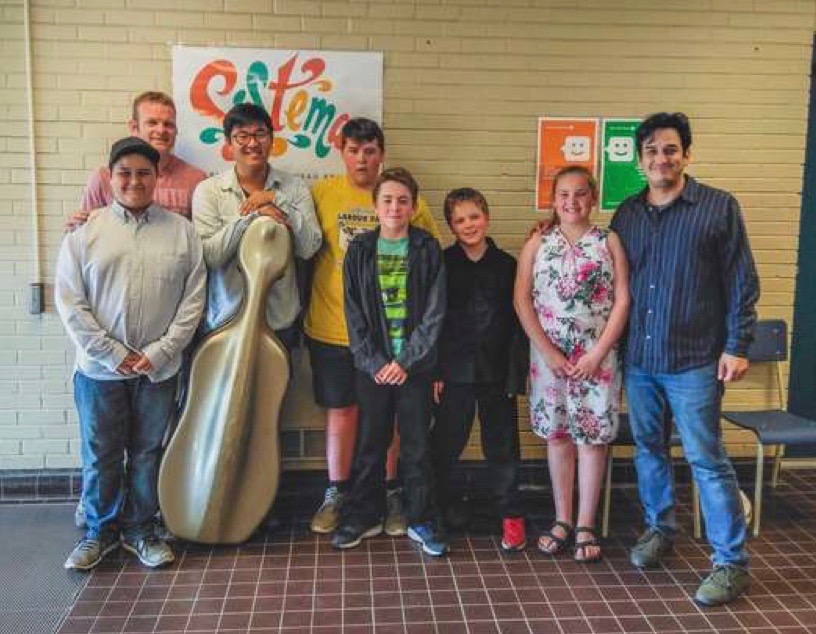 Her feet may have felt like they were "stuck to the floor" but that didn't stop Hilary Bailey, and four other membrs of the Sistema NB Tobique Centre, from playing their hearts out as they auditioned for the New Brunswick Youth Orchestra in Moncton on Saturday, June 15, 2019.

Centre Director Dave Halpine beamed with pride as he recounted how the five most accomplished young musicians in the orchestral music program based in Tobique First Nation and Perth-Andover have advanced to such a high level.

"It was an emotional day," he said.

Bailey along with fellow vioinists Darian Bear, Koda Wolfe and Jacob Halpine as well as cellist Aaron Halpine all payed in front of the NBYO jury.

"It was nerve-wracking, but it was fun too," Bailey said of the experience.

The musician said she played a scale and two solo songs during the audition Like other members of the group, Bailey, 11, has been with Sistema since Grade 1 and sait it has been a positive experience.

"I like being able to play all the different kinds of music," she siad. "It's fun because you get to know a lot of people too."

Halpine noted more than 100 youth from around the province audition for about 15 open seats in the New Brunswick Youth Orchestra every year. He said the orchestra's Maestro Tony Delgado wants students to "fight to play" and it's fine if they aren't accepted the first time around. It's hoped the process will make them even more determined to keep playing and to audition again.

"You really have to be spot-on," he said. "It's not just a matter of playing the notes...it's having presence and character when you play."

Halpine said his Sistema students did a great job at the audition. Having the courage to stand and play in front of a jury is no small feat, he added.

"I'm so glad they got to have that experience."

Jaeyoung Chong, an accomplished musician wh recently completed his Master's Degree in cello performance, helped the Sistema students prepare for the audition. "Uncle Jae", as he has become known to the group, gave the candidates extra lessons for a couple of days as well as one final class in the car on the drive to Moncton, said Halpiine.

"He also gave them a mock audition because they were all really nervous," he said.

The five students who auditioned ere all selected to participate in th annual POPs NB Festival in Moncton. Halpine said they are the leaders of the Sisteam NB Tobique Centre's program and have all played with the provincial children's orchestra before.

"This time though they have been selected to play with the NB Regional Youth Orchestra which is a level above the children's orchestra," Halpine explained.

In preparation for that experience, all the students gathered at Halpine's home in Tilley near Perth-Andover for a preparation camp, and they travelled to Saint John and Moncton to rehearse with their New Brunswick peers.

"The whole community should be so proud of these youngsters," Halpine stated. "It is so exciting to see this group attain such a hight level of performance so quickly."

The group also gave a recital at Trinity Anglican Church in Perth-Andover on June 27. The title of the recital was Perth-Andover Love Stories and it featured music by the students, their teachers and some romantic arrangements by Jaeyoung Chong.

"Children are engaged and that turns into succes and achievement, " Halpine stated.

The program is free and directed to families that lack resources. As September approaches, Halpine is looking toward the continued growth of the Tobique Centre with a new crop of budding musicians signing up for the program. 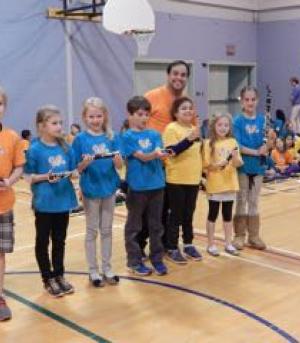