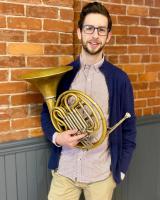 Jonathan Astley was born and raised in Lloydminster, Saskatchewan. He is currently a Centre Director (Moncton) in Sistema New Brunswick, the largest Sistema-inspired program in Canada with 280 students attending daily and eighteen professional staff, a position he has held since 2016. He is also the French Horn Teaching Artist with more than 20 French Horn students.

A fellow of the 2020 Salzburg Global Seminars for Young Cultural Innovators, Jonathan is passionate about community development through the arts. This passion has fuelled his work as a teaching artist with Sistema NB, the Moncton Youth Orchestra and the New Brunswick Youth Orchestra and as an Artist in Residence with the Anglophone East School District in 2020.

Over the course of his career, Jonathan has performed with many orchestras, including Tutta Musica, Symphony New Brunswick, the Kitchener-Waterloo Symphony Orchestra, the Hamilton Philharmonic, the Ottawa Symphony Orchestra and the Beijing Symphony Orchestra. Jonathan is a founding member of the East Coast Brass Quintet and recently performed with the wind quintet Ventus Machina at the 2018 East Coast Music awards. He has performed in recitals at various Canadian Universities such as Memorial University, Mount Allison University and université de Moncton and was a member of the 2015 National Youth Orchestra of Canada and the 2014 National Academy Orchestra of Canada. One of Jonathan’s favourite moments as a performer was performing at the 2015 Juno awards backing up the Canadian rock group the Arkells in their hit single Come To Light.

Jonathan earned a Bachelor of Music from Wilfrid Laurier University with majors in orchestra performance and music theory. As well, Jonathan received an Artist Diploma from the Royal Conservatory of Music’s prestigious Glenn Gould School. Jonathan currently resides in Moncton, New Brunswick with his wife Caitlin and his delightful pooch Mahlee. 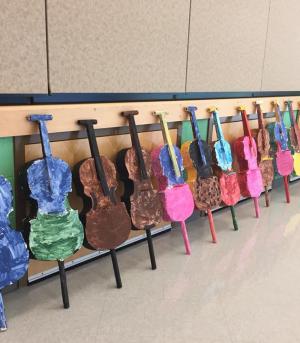