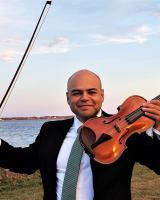 Born in Mexico City, Swan Serna was appointed the Sistema New Brunswick Richibucto Center Director in 2012 and in 2016 he was also the Centre Director in Elsipogtog First Nation noon program. He held both positions until July 2021. In September 2022 became Centre Director in Elsipogtog First Nation of the new afterschool program. He holds a master degree in Instrument Pedagogy at Université Laval and a bachelor’s degree in violin performance from Universidad Nacional Autónoma de México.

Mr. Serna has participated in master classes led by Zoria Shijmurzaieva, Guela  Dubrova and the Amati String Quartet. He obtained a diploma for his participation in the chamber music workshops led by the Latino-americano String Quartet from 1999 to 2000. He has also participated in composition and contemporary music workshops led by Mario Lavista in Mexico and with Malcolm Singer (former Director of Music at The Yehudi Menuhin School) in the United Kingdom.

In 2009 he completed his first symphonic composition in Montreal entitled “Poema Sinfónico La Quebrada” played by the Moncton Youth Orchestra in 2019.  In 2016 his duo for two violins Richibucto River was premiered by two of his Sistema students at the Gala concert of the Greater Moncton Music Festival.

Mr. Serna has led a performing career in Mexico in concert, radio and television. He performed as first violin with the string quartet “Alebrije” from 1997 to 2004. He also is a member of Tutta Musica orchestra in New Brunswick.

In August 2018 he premiered and performed in Sherborne UK his piece entitled "Esperanza para violin solo”.

During the Summer 2021, he finished his first short film entitled Lydius, sponsored by Canadian Heritage. Lydius is a story of hope in a better humanity that is accompanied by several of his compositions.

He has performed at several festivals in Canada and he is an active chamber musician, performing frequently with pianist Dulce María Alarcón. 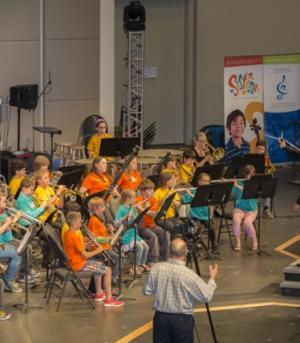