Born in Mexico City, Swan Serna has been the Sistema NB Center Director in Richibucto since 2012. He holds a master degree at Université Laval (candidate) and a bachelor’s degree in violin performance from Universidad Nacional Autónoma de México, where his principal teachers were Cuauhtémoc Rivera and Savartassiddh Uribe.

Mr. Serna has led a performing career in Mexico in concert, radio and television. He performed as first violin with the string quartet “Alebrije” from 1997 to 2004.

He has performed in several festivals in the province of Quebec and is an active chamber musician, performing frequently with pianist Dulce María Alarcón. 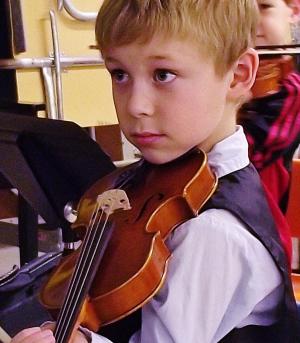