What could New Brunswick and Canada learn from the barrios of poverty-stricken Venezuela about social change... and music?

We are now finding out.

Venezuela is home to a program so extraordinary it has being hailed as transformational for individuals and the society.

Over 400,000 children are now part of El Sistema (the System) and the idea is simple. Any child who comes through the door showing enough enthusiasm and commitment to learn gets the instrument of their choice and free instruction every weekday afternoon and Saturday mornings.

The kids wind up working hard at their craft.  And their hard work is being noticed. Today, El Sistema is not only producing transformational social change, it is producing among the best musicians in the world. 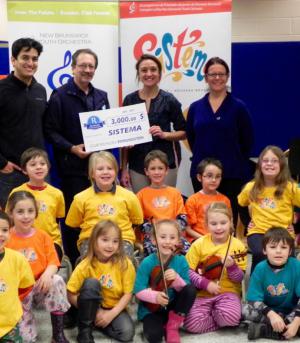