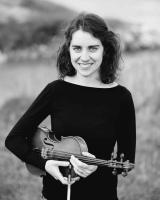 Rachel Kidd grew up in Saint John, N.B. and played with the New Brunswick Youth Orchestra and Symphony NB before moving to Montreal. She attended McGill University, earning a bachelor’s degree in Violin Performance and also studied Mathematics and Film-Score Composition.

She went on and taught violin and composed music in Vancouver and Halifax. In Halifax, she taught in the Halifax string program, coached and performed with various community orchestras, released a CD of original compositions, and continued her freelance composing/arranging business.

In 2013 she moved back to Saint John to teach violin for New Brunswick’s Sistema program.  In the fall of 2018, she started as Centre Director for the Saint John Centre. Since returning to New Brunswick, there has been increased demand for her work as a violinist and composer/arranger. She has recently had two commissioned compositions for the Saint John Chamber Orchestra, been hired as an arranger by Symphony NB, NBYO, Tutta Musica, and Sistema NB. She performs with Tutta Musica and Symphony NB, and also has been performing since 2016 with her Clarinet Quintet, Port City 5. Rachel lives in uptown Saint John with her husband and 9-year old son and also enjoys participating in triathlons. 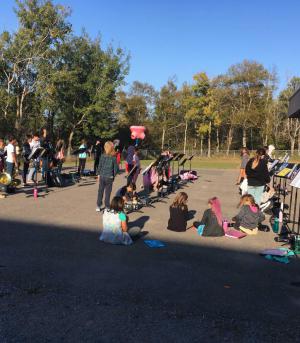